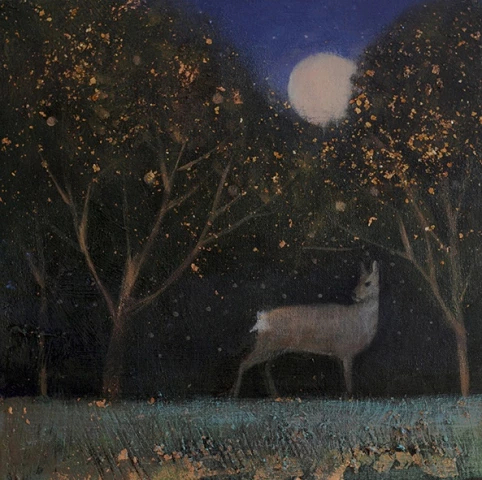 Today on saturday september 14, 2019, we had a full moon around 6:33 am in the Netherlands (12:33 am EDT). According to internet resources, it was also the farthest away from the Earth, with its ‘apogeum’ point at 406377 km distance. Hence this micromoon appeared approximately 7% smaller and 15% dimmer than the average full moon!

For us in the northern hemisphere this full moon day marks the end of summer. In previous evenings, the first signs of autumn already showed noticeably diminishing daylight hours, while fresh gusts of cooler currents marble their way through the warm southern air we have this week.

Aequinoctium Autumnale
This full moon also precedes the equinox on monday the 23th of september at 09:50 am, when the sun is straight above the equator. In Latin it’s called the ‘Aequinoctium Autumnale’, whereby the sun will exactly rise in the east and set in the west, while day and night are equally in length. I always find this calendar of our celestial firmament significant!

Farmers usually make sure to have their last crops harvested around this time, depending on the weather, as it is the beginning of the astronomical fall, when hours of daylight diminish and night temperatures can drop. But prior to climate change, the first night frost would usually happen halfway november overhere, while last year september 2018, the weather gods decided to have night frost one month earlier than average.

Actually, the Dutch word for autumn, is ‘herfst’, and I think it might somehow be etymologically related to the word harvest. But I’m not sure if I can find any proof of that, plus it ain’t autumn yet! And although july and august are significant harvest months for hay and many crops, the branches of my young apple tree bend under the now fully grown red apples. It’s all good. Plus, we can still have an ‘Indian summer’, if the afore mentioned deities decide to act in our favour.

Seasons?
Most people have noticed it over the last years, nowadays the seasons overhere are less characteristic and distinct, more often with erratic patterns of warmer winters and prolonged chill in spring, sometimes alternated with the opposite: hot summer days in early spring.

And although I love all seasons, I would prefer them to be like how they were, when climate change hadn’t had its significant and sometimes dreadful impact. In all honesty, if the weather patterns have to change anyway, I would prefer summer most of the year -and I wouldn’t mind to live in the tropics either-, with just autumn for one month, and a good cold and white winter for three months, and that would be it.

Nostalgic sense
But now, everything is out of balance, and for many there’s a nostalgic sense of longing to the seasonally distinguished weather back in the days. But there’s also a feeling of loss -for those alerted by climate change-, who might feel grief as well regarding the destruction of vast natural habitats in many parts of the world. I suppose we have to cope with it somehow.

But…
Nevertheless, let us celebrate this summers harvest moon, with a wink towards autumn, as there’s still a lot of good and bounty in this world, and plenty for all living beings on this gorgeous and magnificent planet Earth, if we would wish that, and could  make that happen.

But… do we wish this, and can we do that?